What to put in a chinchilla travel cage?

I am picking up my 8 week old chin this weekend! I'm super exited as it is my first! I have all the supplies, a critter nation cage, etc needed but I don't know what to bring when I go to pick him up. I have one of those cat travel carriers but I don't know what to put in it. We raise puppies and so we always advise the owner not to put food in with the puppy because it might throw up but chinchillas, I heard can't throw up so I don't know if I should put hay / food in there or not.
Last edited: Apr 13, 2021

Any information on traveling with chins would be helpful. It's about an hour and a half away.

I just put his hideout (Completely made of kiln dried pine) hay, and a few toys in there and fleece on the bottom. Is that ok?

Plan to get him either Wednesday, Friday, or Sunday (when he is officially 8 weeks)

I wouldn't put the house in there, I would assume it's not firmly attached and you don't want it to slide forward and squish the chin if the car stops quickly or is in an accident. I would just put fleece, some hay, and something not too solid to chew on (the willow ball and bamboo cruncher are fine), again just in case the car stops quickly, swerves, etc, you don't want something hard knocking around and hitting the chin in the carrier.

It's not so much that chins don't throw up, it's that they physically can't, their digestive tract only works one way, so anything the eat has to go all the way through the digestive tract and out the other end. They can still get motion sick just like other animals, so they get an upset stomach but they just can't throw up so they just end up feeling miserable until their stomach settles. Keeping the chin in the carrier also helps prevent motion sickness some since they can't easily see outside.

Another tip, just in case, make sure your parents have the ac going and do not put the carrier on the floor of the car. You may think the floor would be coolest since it's away from the windows in the shade but a underside of the vehicle generates a lot of heat as it's driving down the road, especially if it's warm out (above 60F) and it can make the floor warm enough to cause a chin to over heat (it happened to someone before).

Oh ok, i guess I'll take the hideout out then. And the pumice stone right? I will be holding his carrier the whole ride, I just thought the hideout would make him feel safer.

oh, yeah, thats what I meant. They can't throw up, thank you!

ChinsForLife said:
Oh ok, i guess I'll take the hideout out then. And the pumice stone right? I will be holding his carrier the whole ride, I just thought the hideout would make him feel safer.

oh, yeah, thats what I meant. They can't throw up, thank you!
Click to expand...

Yes take the pumice stone out. Rather then a hideout you could tie a small piece of fleece maybe halfway in the carrier so he can hide behind it if he wants to. If you could make something like this it might work. 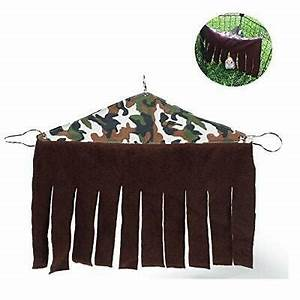