When your chin has taken over your living space :P

This is the dining nook in my apt. Lately it's become Mr. B's playground! 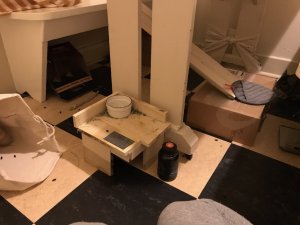 He loves the space and does so many popcorns when it's playtime! I think it's because he gets to be underneath the table and benches, makes him feel safe. Sometimes he'll jump onto the benches and table top, but quickly goes back underneath. He's not really a good jumper so its fun watching him figure out how to get up/down. ^_^ I've had to tape off some of the wood parts with duck tape to stop him from chewing on it though. He's usually pretty good about not chewing EVERYTHING but I still watch him closely since not everything is 100% chin proof.

Here are some other random things I had laying around that became his play things: 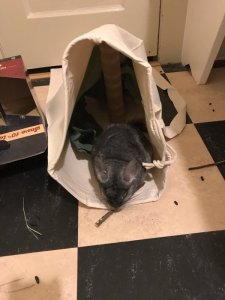 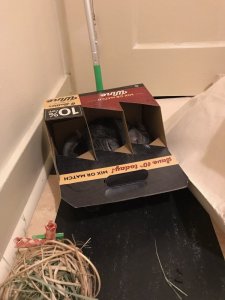 Anyone else have photos to share of their chin dominated spaces?